To dig into New Zealand’s past is to learn of early Maori settlers, the arrival of Europeans and a number of gold rushes that attracted many Chinese people. Read on to find out more about cultural stories of the Southern Scenic Route.

New Zealand’s cultural stories are woven into our people, land, townships and cities. Here we’ll take a step into the past, exploring Maori, European and Chinese cultures in this country, and share a few specific places to visit along your journey.

Maori origins in the South Island

The Maori people have called the South Island home for some 1,000 years. The first inhabitants of the South Island were the Waitaha iwi, who journeyed here from Rarotonga. They named the island Te Wai Pounamu, translated to ‘The Greenstone Isle’.

In the following years, two northern tribes moved to the South Island. Ngati Mamoe arrived from Heretaunga/Hastings in the 16th century, conquering and absorbing many original iwi through land wars and marriage. Then, in the 18th century, the Ngai Tahu arrived in the South Island from Te Whanganui-a-Tara/Wellington, moving into new territories through tribal alliances and strategic marriages. Finally, in the 19th century, Ngati Toa moved in and challenged Nagati Tahu. Eventually conflicts subsided and the tribes came to a peaceful period, with intermarriage between families.

In 1800, about 20,000 people considered themselves Kai Tahu, with some still identifying as Ka ti Mamoe. Today, the influence of Kai Tahu can still be seen in many places along the Southern Scenic Route.

Located in the Jericho Valley near Te Anau, the Te Koawa Turoa O Takitimu site is managed by Kai Tahu. With many plants, wildlife and fisheries the area offered the local people a bounty of food. Today, the site is where you can learn more about the values of mahika kai (the gathering of food and other resources). There are also many opportunities for biking, walking, hunting and fishing.

The name Te Puka o Takitimu was given to what is also known as Monkey Island by the Ngai Tahu iwi. It is considered to be the anchor stone of the legendary Takitimu waka (canoe) that was wrecked in the bay. Once used as a lookout point for Southern Right Whales, it is now an ideal location to stop for a break and to explore the island – which can be reached by foot at low tide.

In the 1820s, Pahi/Cosy Nook, as it was named after Ngai Tahu Chief Pahi, was known as one of the largest and oldest Maori villages in coastal Murihiku. It was made up of 40-50 whare (houses) and was a place of exchange between Maori and European traders. Here you would find sealers and flax merchants trading for iron goods, muskets, powder and shot. The name Cosy Nook came from Captain George Thomson, Harbourmaster of Bluff, who named his property Cozy Neuk after his homeland Scottish village.

The first European settlers, and the rush for gold

The first European to properly settle in New Zealand was James Spencer, a veteran of Waterloo, who made his home at Bluff in 1823. He was closely followed by the arrival of French explorer James Dumont d’Urville in 1827. Later, in 1836, Riverton/Aparima was established as a base for whaling by Captain John Howell.

Following the Treaty of Waitangi in February 1840, many more settlers from Britain arrived. Despite a significant clash between Maori and British in 1843, called the Wairau Massacre in older texts, the South Island remained relatively peaceful while the North Island experienced many land wars throughout the 1860s and 70s.

Gold was discovered in 1861, with several gold rushes to follow. In the 1860s, thousands of Chinese men, predominantly from the Guangdong province, came to the South Island to make their fortune with the rare mineral. Goldmining history, including historic Chinese settlements, can be found at several places along the SSR, including the side trip of Arrowtown.

There are many museums, historical sites, significant landmarks and interesting architecture to be seen along the SSR. Two culturally significant and less frequented museums are the Waikawa Museum and Bluff Maritime Museum.

At Waikawa you can see historic artefacts from the area and find information about local history, including early agriculture, shipping disasters, goldmining and sawmilling. Meanwhile, Bluff’s Maritime Museum houses historical facts and stories about the many early shipwrecks in the wild southern waters and coastlines, as well as history of Bluff, the oldest European settled community.

Other attractions offer a view into the past as well as picturesque natural landscapes. Long Hilly Track, starting at Round Hill Road, takes you through regenerating native bush and relics from the little-known days of early Chinese goldmining activity in Southland. Along the way you’ll see a tramway cutting to old earth dams and a variety of native plants and birds.

Finally, a trip to the seaside town of Riverton/Aparima is to see one of the oldest European settlements in New Zealand. Nearly 200 years old, it offers a heritage museum, local artist’s studios, cafes, boutiques and beaches. 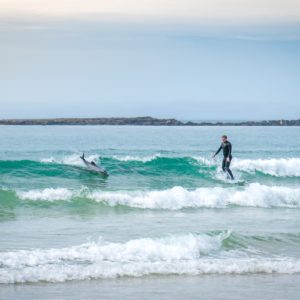 The Southern Scenic Route spans areas rich with native birdlife and marine animals, with many opportunities to see these fascinating creatures up close. Be sure to include these hot spots … 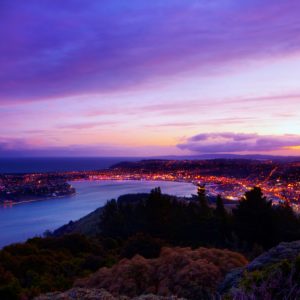 Top Places to Watch The Sunset

With its diverse mix of forests, coastline and mountains, the SSR offers many incredible sunset moments. We’ve chosen eight top places to watch the sun going down. To journey along … 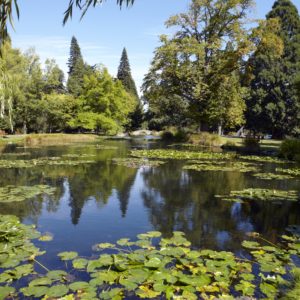 With hundreds of great picnic spots to choose from along the highway, we’ve chosen eight of the best. There’s something for everyone – whether you’re after gardens, coastline or excellent … 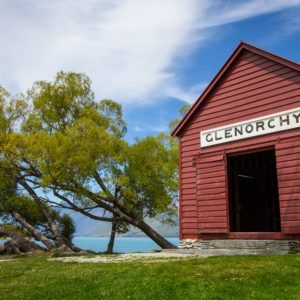 Hidden Side Trips for True Escapism

Some of the best places to visit on the SSR are off the beaten track. We’ve compiled a list of top destinations away from the main highway for you to …